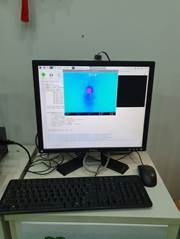 Do you know? When SARS first broke out in Singapore, we invented the world’s first Fever Detection System in just one week. These devices work just like regular cameras, except that it is sensitive to heat. The video screens would display images over a range of colours; hotter objects would look brighter on the video screens to reflect the higher temperature.

Considered as one of the best inventions of 2003, this system played an important role in helping the world in managing the SARS outbreak. Not only you do not have to stick a thermometer in a person’s mouth, you can also do mass blind screening in a contactless and speedy manner.  In fact, mass infrared fever-screening devices are so common nowadays at airports, hospitals, and even shopping malls, that you would not bat an eye when you bump into one.

Today, this Fever Detection System continues to play an important role in our efforts to contain and manage the COVID-19 outbreak. By making it easier to screen out people with fever, they can be treated and quarantined as soon as possible to prevent the virus from spreading to many others.

Currently, the cost of a commercial thermal camera is more than $2,000, and the growing demand for contactless thermal cameras would mean that the price is likely to increase even more.

Inspired to create our own, we managed to create an Infrared Thermal Camera at less than $100!

Using Raspberry Pi 3b, and a low resolution thermal imaging camera MLX90640, we used Python to re-code an existing application, capture the temperature range via images, and display the image over a range of colours based on the temperature recorded.

The application of Python programming and the respective hardware is testament that technology coupled with applied learning allows us to solve real world problems and be creators of technology! 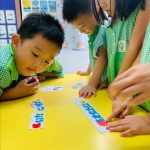